DPMM FC were crowned champions of the Singapore Premier League after finishing at the top of the table for the 2019 campaign, bagging their third trophy in Singapore since joining Singapore’s football competitions in 2009.

The celebration kicked off with an opening dance performance by Relentless, followed by the opening remarks by Dayang Adibah binti Hamdi, the Acting Head of AKK Design and Project Leader of the event, along with a congratulatory remark by the Progresif Sendirian Berhad’s Chief Administration Officer, who are also the event’s co-host.

His Royal Highness Prince Haji Al-Muhtadee Billah, who is also the DPMM FC’s Chairman, then went on to present the ‘Progresif Matchday Magazine Special Recipient Award’ to the winners. His Royal Highness also presented the ‘Brunei DPMM FC Matchday Magazine Lifetime Players Award’ to DPMM FC’s Shahrazen Said and Wardun Yussof for their long service record with DPMM FC and their significant contributions to the success of the club’s run in the 2019 Singapore Premier League season.

The celebration also saw other awards, including the ‘Cuckoo Most Voted MatchDay Front Cover Award’ and the ‘Cuckoo New Kid on the Field Award’ which was handed out by Cuckoo Brunei’s Managing Director Wong Kim Guan to Charlie Clough and Andrey Varankow respectively. 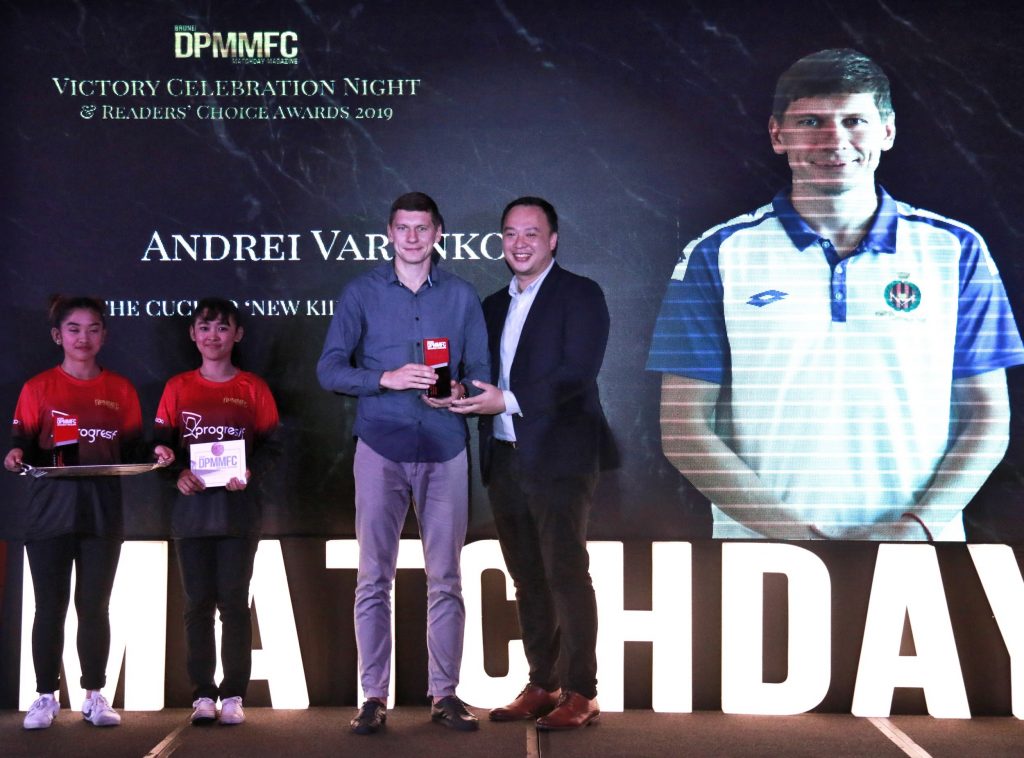