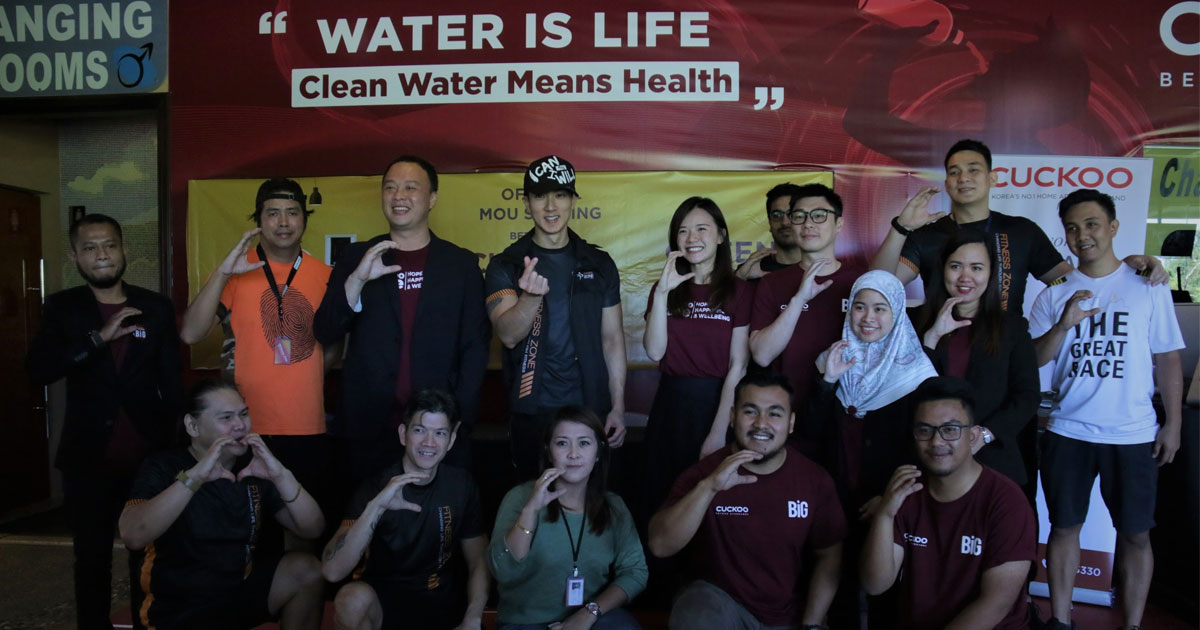 “Fitness Zone is glad to partner with Cuckoo as I want our members to benefit from quality water as Fitness Zone always aim to provide the best for our members,” the Managing Director of Fitness Zone Mr Wu Chun said.

“Water is essential and can do many wonders, not only to our health and body, but also to our environment and the world,” Mr Wu Chun added, “I, myself, is a fan of drinking fluids. Not only it keeps me energetic, it also flushes away toxins and help me retain youthful skins.

” The All-New Cuckoo Queen Stand is carefully designed to cater for larger capacities, families and offices as it has the biggest stainless-steel water tank in a water purifier.

The three-in-one temperature, mild alkaline water purifier is fitted with various technologies made for conveniences, such as the Water Level Indicator.

The Water Level Indicator is a feature that informs its users of the amount of hot and cold water that is currently available in the tank. The water purifier is also equipped with Water Temperature Indicator to inform the users of the temperature of the water using colours.

“We realized that there has been a demand for water purifiers with larger tank capacity especially in areas such as commercial areas. The Cuckoo Queen Stand is designed to deliver both, not only in quality but also in quantity,” said Cuckoo Brunei Managing Director Mr Wong Kim Guan.

The Queen Stand is set to have an outright price of $1,700 with two years FREE Natural Care Service. The Queen Stand will also have its ‘Rental To Own’ scheme where it will be priced at $69 per month.