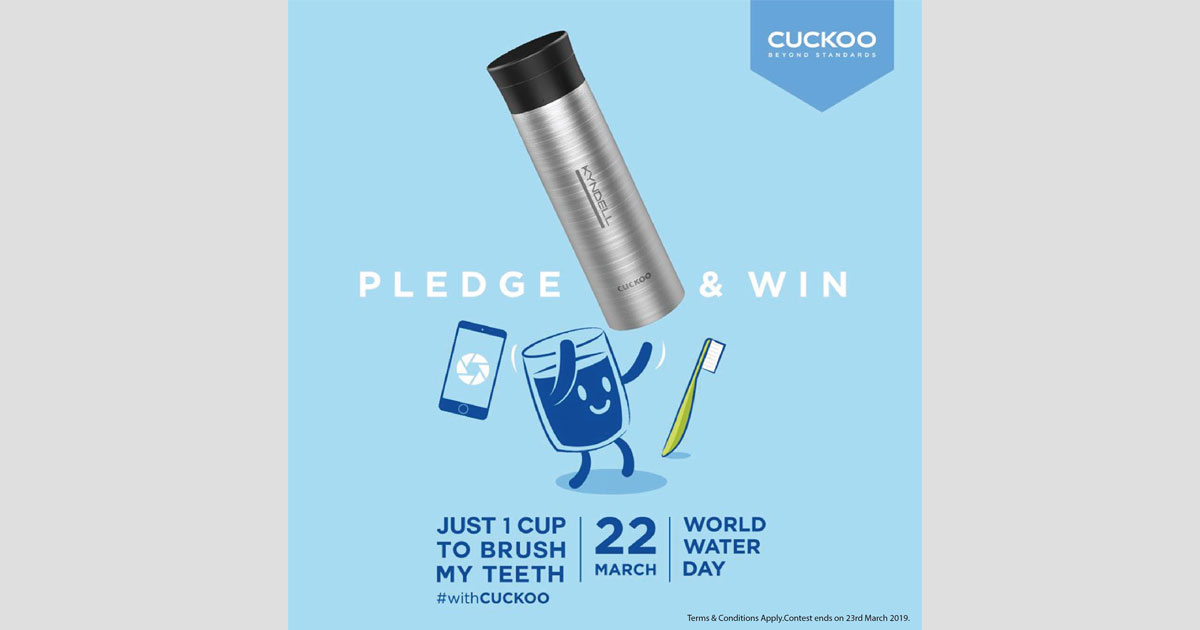 Dozens of Bruneians join in to part take in Cuckoo International (B) Sdn Bhd’s ‘Just One Cup’ challenge to raise awareness of sustainable management of freshwater as part of their World Water Day activities.

The World Water Day is an annual United Nations Observance day that highlights the importance of freshwater and its sustainable management. The international observance day is celebrated annually on March 22 where the world comes together to carry out various initiatives and activities to sustain and manage our natural resources.

As a home appliance brand, Cuckoo Brunei joins in with the world to raise awareness and challenges the locals to part take in ‘Cuckoo Just One Cup’ challenge.

This initiative challenges the public to brush their teeth with only one cup of water, challenging the participants to save water by not letting the tap water run while brushing their teeth.

The public were encouraged to use their social media to raise awareness where they post on their Instagram and Facebook, pledging their participation in the challenge. On March 22, all participants posted their photos or videos of them brushing their teeth with only one cup of water, in which 10 of the participants were shortlisted to stand a chance to win a Cuckoo Kyndell Hydroflask.

The 10 shortlisted participants where then invited to the Cuckoo Carnival Roadshow on March 28 to 31 at Times Square Shopping Centre in Berakas where they part took in smaller challenges to find the 6 lucky winners.

Cuckoo Brunei will continue to part take in the World Water Day and other international observance days in the future as part of Cuckoo Brunei’s ongoing corporate social responsibility activities.